What to wear for a duathlon? 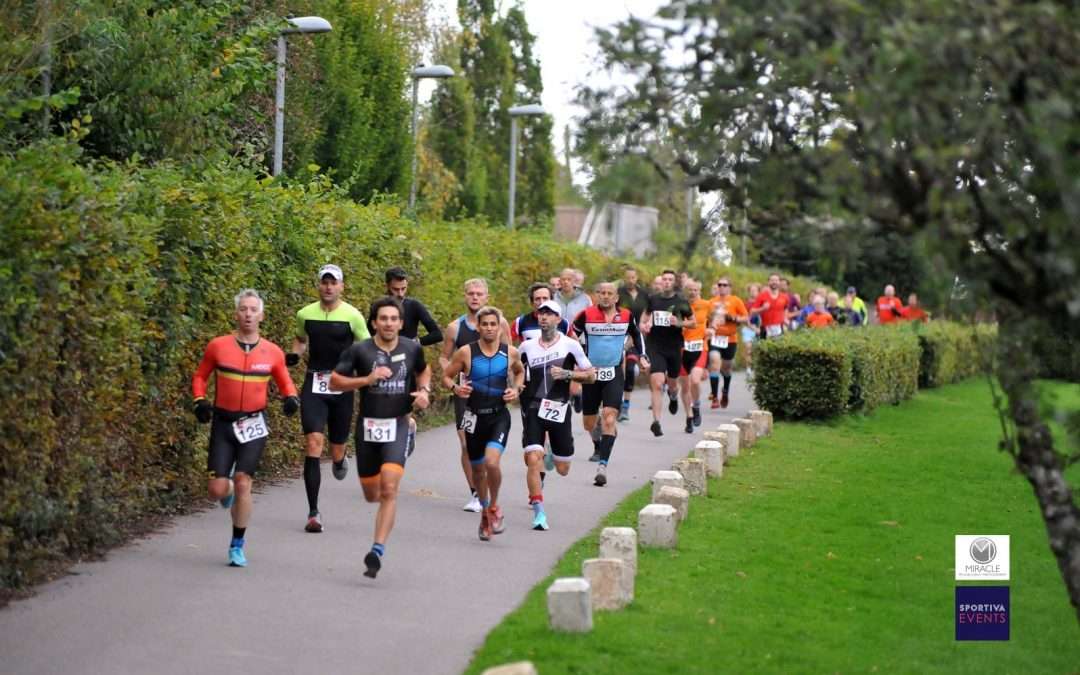 If you’re coming to duathlon from a running background, it’s easy to overlook the wind chill factor. A running vest & shorts is fine for a running race on almost any day of the year. But in a duathlon you’re spending something like half you time on a bike where wind chill can be a big factor. What you wear for a duathlon is particularly important as most take place during the winter season between October and April.

Similarly runners turned duathletes can easily underestimate the importance of aerodynamics on the bike leg of a duathlon (run bike run). The body of the athlete forms 80 percent of the drag on a bike so it’s far easier, and cheaper, to make savings with better clothing & a better position on the bike than it is with the bike itself.

What to wear for a duathlon
A tri suit is best for duathlons. A tri suit, sometimes written as trisuit, is a one piece suit made of lycra with a fleece pad sewn into the lining. That means they’re comfortable for both running and cycling. Always opt for a sleeved version and preferably a long sleeved tri suit. You’re likely to save approximately 15-20 watts with an aero tri suit compared with wearing separate shorts and a jersey.

If you’re coming to duathlon from a cycling background you may already have a cycling skinsuit that you have used for time trials or road races. Obviously skinsuits are great for the bike leg but full padded cycling shorts can feel a bit uncomfortable to run in. That said if you’re doing your first duathlon and have a skinsuit that is of course what you should wear. Upgrade later if you get serious.

Other Clothing
Because of the aforementioned wind effect it’s a good idea to have an extra layer with you in case of particularly cold conditions. Similarly on a cold day long-fingered gloves can make all the difference. You don’t want to be fumbling to get your helmet off & your shoes on with numb fingers.

Shoes
Absolutely the first upgrade for anyone taking up duathlon is elastic laces for your running shoes. These cost just a few pounds and really speed up the process of changing from run shoes to cycling shoes at the end of the first run & back again at the end of the bike leg. Of course runners trying their first duathlon may well be just riding in ordinary trainers. But clip in cycling shoes are definitely one of the very first upgrades if you decide to take duathlon a bit more seriously.

Bike Position
It’s beyond the scope of this article but really is vital to get your position on the bike right if you’re serious about duathlon. You need to have your saddle at the correct height and you need to be aero. But you still need to be able to get the power down. We see some truly awful positions among duathletes taking part in our duathlon events. We highly recommend you find a good local bike fitter to check your position on your bike. It will give you a dramatically better return on investment than carbon gadgetry for your bike costing hundreds or even thousands of pounds.