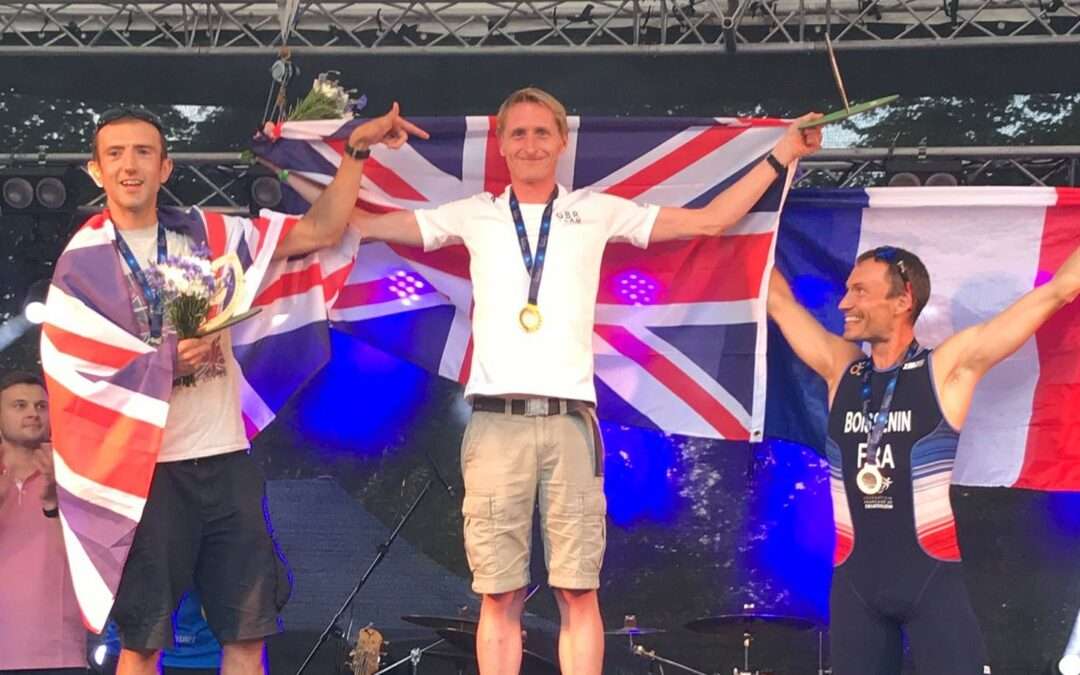 We are pleased to announce that local triathlete Donald Brooks from Teignmouth is our first Triathlon Ambassador.

Don will be fitting as many Sportiva Events races as he can into a busy schedule that includes competing in triathlons at National and International Level.

Don comes from a strong swimming background and competed in underwater hockey at International level. However after watching Bradley Wiggins and co in action at the 2012 Olympics Don fancied a new challenge & bought a road bike. After a couple of year’s of casual cycling he tried his hand at triathlon & came a very respectable 14th at his first event at the Exe Valley Sprint Triathlon. He was hooked and made rapid progress once he started training seriously. He honed his bike skills with the Mid Devon Cycling Club chain gang which is where I first met him. And also improved his running enough to win the Ivybridge 10K in 2017 ahead of nearly 800 local runners.

The highlight of Don’s triathlon career so far was winning the age group World Championships in 2017. Don is also reigning European Champion in the 40-44 age group at both Sprint & Standard distances. And he’s the  National Age Group champion at age 40-44 & was also 2nd overall at the 2018 ITU Leeds Triathlon.  Of course he’s also won quite a few more local aquathlons, triathlons & duathlons in the last couple of years including the Dartmouth Triathlon in 2017 and the Standard distance Dartington Duathlon in 2016 & 2018.

Don will be on the start line at Sportiva Events Donut Duathlon on Sunday 24th March at Torbay Velopark. And watch out for his son Maxwell, who’s competing in the Mini Duathlon!